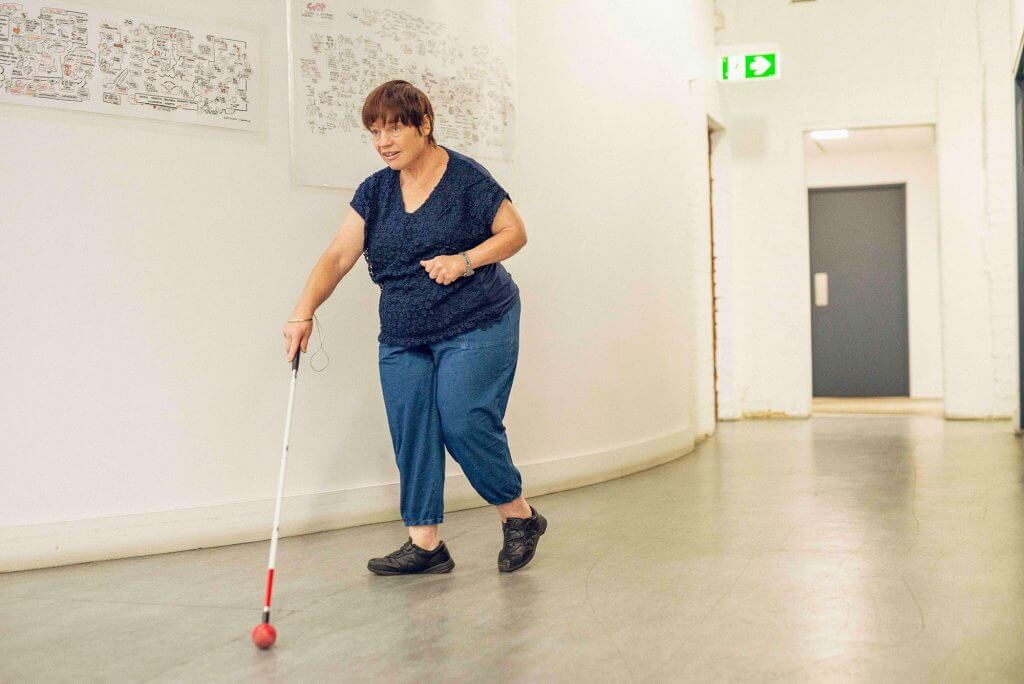 Sue was 18 years-old when she first moved into the Pines, when Forsight was still in its infancy days. Thirty-two years later, Sue’s the perfect judge to explain how much her local community has changed in that time.

Located in Marrickville, Pines has been home to Sue McLeod for over three decades. Its well-kept Federation facade makes way for an expansive interior, which she shares with four other house mates.

Sue was 18 years-old when she first moved into Pines, when Forsight was still in its infancy. Thirty-two years later, Sue’s the perfect judge to explain how much her local community has changed in that time.

“There never used to be as many cafes as there is now. Which is good for when you want to go out, there’s lots of people around. It’s a lot different from when I first moved here,” explains Sue.

A short journey up the road to Stanmore is where you’ll find Sue’s place of work, Ozanam Industries. Sue has worked there for over 20 years, and currently works four days a week.

“I first started in the workshop, but I wanted more of a challenge, and I wanted to try something new. At the time they didn’t have a receptionist, but I asked if I could give it a go”, said Sue. So for the last five years she has been the welcoming face and voice of Ozanam Industries.

The role is a perfect fit for Sue. “I wanted to do the job because I enjoy talking so much,” laughs Sue. “I got special training. It took a while to learn, but I love it.” Sue has never been one to sit still. From her journey to New Zealand by ship five years ago, “I went to that stinky place, Rotorua, I won’t go back there”, to her embracing new independent living opportunities provided by the National Disability Insurance Scheme (NDIS).

Sue explains, “Before the NDIS, I couldn’t do as many things as I do now. I enjoy group activity, but doing things by myself is also important. With my carer, they provide individualised one-to-one support, so now every two weeks I head to the Leichhardt Park Aquatic Centre for a swim”. Next football season Sue hopes to attend games once a month where she’ll be barracking for her team the Manly Sea Eagles. “I just hope they perform better next year,” said Sue.

“I always want to learn, and I want to focus on being more independent.”

Sue has enjoyed immediate success with her high level NDIS plan and package.

One of the biggest shifts for Sue is due to her once a week visits to her clinical psychologist. “Every Friday morning I go and speak with my psychologist. I wanted to learn how to be more positive and confident. Also I wanted to get better with my independent living skills, and confidence building plays a big role in that.”

An Occupational Therapist will work with Sue to learn more independent home living skills, such as how to use the washing machine and dryer.

Sue puts it best, “I always want to learn, and I want to focus on being more independent.”

Andrew is the one person who’s guaranteed to turn a good time into a great one, especially when a dance floor is involved.

From sitting on the couch for hours to visiting his parents on the Central Coast for the first time in nine years, Gary has reached a significant place in his wellbeing journey.

Read My Story
Make an Enquiry Request a Call Back