1 of 3 Gary meeting with his parents for the first time at their home in almost a decade. 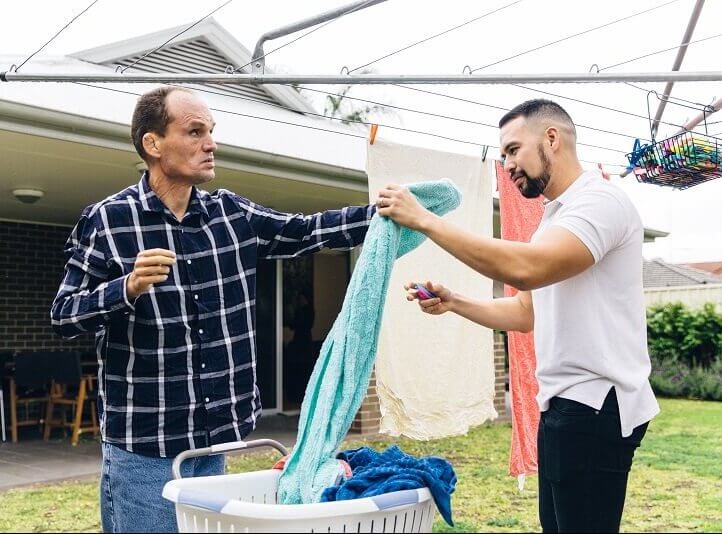 2 of 3 Gary hanging up the washing with Joshua at Wattle. 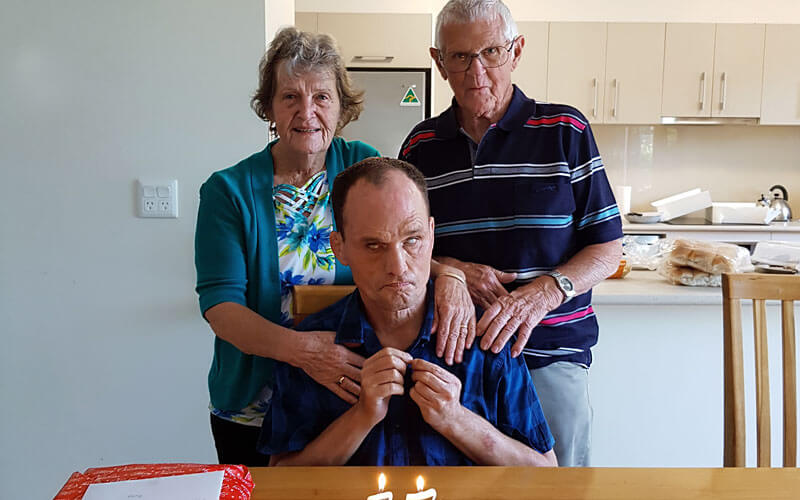 3 of 3 Gary celebrating his 53rd birthday with his parents.

From sitting on the couch for hours to visiting his parents on the Central Coast for the first time in nine years, Gary has reached a significant place in his wellbeing journey.

Since Gary first came to his Forsight home in 2014, he refused to leave his home, overwhelmed by the noise he’d be confronted by the moment he stepped outside his door. His daily routine was rotating between the couch, his bed, and the bathroom. Car rides were almost unheard of. When he could avoid them no longer, car rides triggered fear, anxiety and resistance.

Today, Gary steps into his home’s van for his first 3-hour trip to the Central Coast. Sitting alongside chatty Sharon and his ASW’s, Gary patiently sits, as the soundscape changes from the hustle and bustle of Blacktown to the breeze against the crashing waves on the Central Coast.

Today, he will be visiting his parents at their home for the first time in 9 years.

Gary knocks on his parents’ door, as his active support workers watch eagerly on. As the door opens, Gary is immediately met with the sound of cries, screaming and a tight hug, as Iris and John hold their son in front of their home for the first time in almost a decade.

Since that day, Gary has gone to visit his parents at least three times in the span of four months.

This moment was one year in the making, through encouragement, belief and active support.

Patricia, one of Gary’s ASW’s, describes him as a sweetheart. While it was not an easy journey, with his ASWs’ support, Gary was slowly encouraged to go into the car, and outdoors more often. From stepping out into the yard to going into town, the distances he travelled continued to reach new lengths.

Patricia proudly says, “I’m amazed by Gary’s progress”, as he flourishes into an even better version of himself every day.

From sitting on his couch for hours on end, he now spends his time visiting different places, whether it be a walk by the river or at the park with his arm linked to an ASW, doing one of his favourite things—running!

Through encouragement, belief and active support, Gary continues to flourish into a better version of himself everyday.

When he’s not out and about, Gary’s got plenty of things to do at home.

If you pop by Wattle today, you’ll be welcomed by Gary at the door, his hand out ready for a handshake. His daily routine now includes helping with household chores, like watering the garden and vacuuming.

Due to his sensitive tastebuds, Gary was very particular about his food, with a strong preference for fish and chips. Now, the energy for his busy days is fuelled by a rainbow of foods, including salads, meats, and an array of fruit, such as kiwi, pears and strawberries–topped with yoghurt.

Walking through the Wattle home, you may see some broken leaves. These would be Gary’s. He loves the sensation of crushing leaves in his fingertips and the sound of its satisfying crunch. Gary enjoys tactile activities, so he often looks forward to hanging up the washing, especially when he gets to push the cart.

Where will Gary go next?

In the past, there were only three answers–the couch, his bed, or the bathroom.

Today, the possibilities are endless. 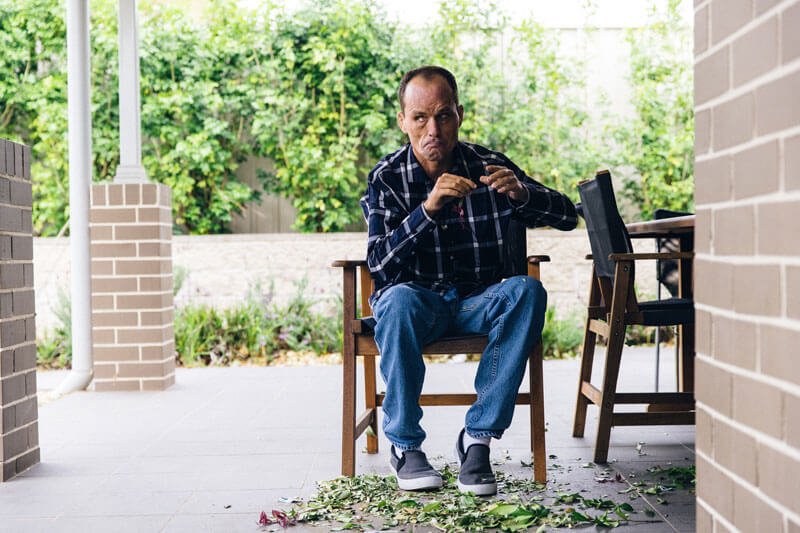 Sue was 18 years-old when she first moved into the Pines, when Forsight was still in its infancy days. Thirty-two years later, Sue’s the perfect judge to explain how much her local community has changed in that time.

Through guidance, active support and persistence, Paul has reached a milestone in his independence journey.