Explore the 8 senses and how we support different sensory impairments.

Our supported living services have been especially designed around the needs of adults with sensory disabilities and disorders.

Sensory Processing Disorders, such as Cerebral Palsy, Autism and Prader-Willi syndrome, can typically combine several areas of impairment across the eight senses that every person shares. These are: 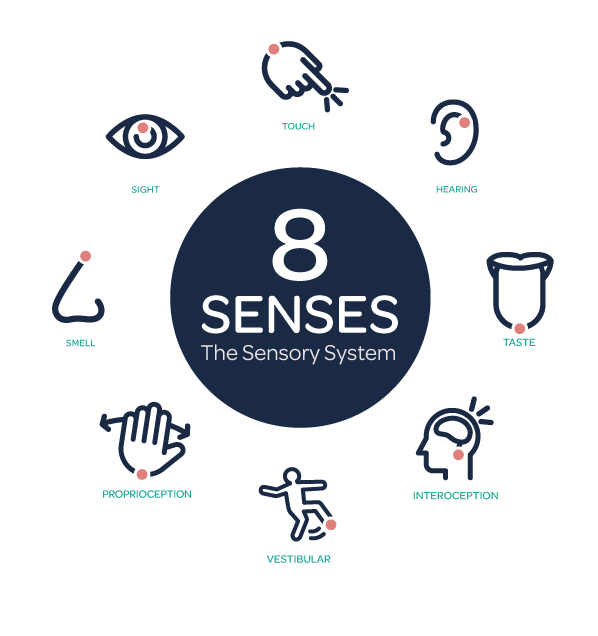 Smell
The sense of smell is considered the oldest system in brain as it is connected to our memories and emotions. An input of smell could cause either comfort or alarm. Being unable to smell will also affect the ability to taste.

Sight
The scale of a sight impairment goes from difficulty in processing visual stimuli and organising visual information through to those who have limited or no ability to see.

Touch
A person who is struggling with tactile (touch) processing may misinterpret light touch as negative and dangerous, when in fact there is no threat to safety. A person may become more anxious to this sense and may respond with fight or flight response or pull away.

Hearing
The scale of a hearing impairment goes from difficulty processing important auditory input and background noise resulting in potentially having difficulty with attention, become easily startled, and need to be told directions repeatedly. The other end of the scale is limited or no hearing at all.

Taste
A person that has difficulty managing this sensation, will likely be a “picky eater,” and may have preferences not just to the taste but to the texture of the food.

Body Movements/Vestibular System
The vestibular system functions to help the body maintain balance and be aware of where it is in relation to space and is responsible for balance, attention, eye control and coordination. People that have difficulty interpreting this information may bump into things more and “clumsy.”

Body Awareness/Proprioception
People with a proprioception impairment have difficulty navigating where their muscles and joints are located, whether their body parts are relaxed or in tension and how different body parts respond to external stimuli. They may have difficulty getting dressed, tying shoelaces, feeding themselves or knowing how hard/softly to open and close doors.

Introception
Introception is being aware of basic primary functions such as hunger, toileting, and breathing. When a person has an introception impairment they may not be aware of when they are hungry, thirsty, or need to go the bathroom.

What is sensory processing disorder (SPD)?

Sensory processing disorder is a neurological condition which affects how the brain interprets sensory information. It can affect the 8 senses, which each have their own unique functions. Through sensory integration, the information our brain receives from each sense helps create a picture of our environment and how to appropriately react. Someone with SPD experiences sensory input much differently than other people, which shapes how they interact with the world.

Indicators of SPD include inappropriate or problematic motor, behavioural, attentional, or adaptive responses following or anticipating sensory stimulation. There are three subtypes of sensory processing disorder and people can experience multiple types of them at once.

Sensory modulation disorder (SMD) refers to the impairment in detecting, modulating, interpreting, or responding to sensory stimuli. This means someone with SMD would have trouble reacting appropriately due to their perceived intensity of the sensory input. There are three subtypes of SMD: sensory over-responsivity, sensory under-responsivity, and sensory seeking.

Someone who is overresponsive is hypersensitive to different sensations, like sound, touch and movement. Often, they react much quicker, more intensely and for longer to sensory input than someone with a typical responsivity.

Examples of sensory over-responsivity include:

Examples of sensory under-responsivity include:

Someone who is sensory craving actively seeks out sensory sensations, often in ways that may be considered socially unacceptable.

Examples of sensory craving behaviour include:

A person with sensory discrimination disorder has trouble distinguishing the characteristics of sensory stimuli, such as objects, people, places or environments, and disregarding irrelevant sensory information. As such, they do not accurately understand what they are perceiving. This can affect one of the 8 senses.

Sensory motor-based disorder (SMBD) refers to an impairment in the vestibular (controls balance), tactile and/or proprioceptive (awareness of orientation of your body) system. Someone with SMBD either has trouble with interpreting or understanding sensory messages or has an inability to move their body in the way they want. These refer to the two subtypes of SMBD: dyspraxia and postural disorder.

People with dyspraxia have trouble processing environmental stimuli and responding with a motor action. They struggle with three aspects of motor action:

For example, when we go to make a cup of tea, it may come ‘naturally’ to us, and automaticity may be at play. This refers to the ability to complete a task without much thought being put into it; the subcortical mechanisms (lower brain) have taken over. Someone with SMBD, however,  may struggle, as there can be up to 20 steps in making a cup of tea, from filling the kettle with water to boil to taking the tea bag out of the packet.

Symptoms of dyspraxia may include:

How we support people with sensory impairments

Visual impairment is defined as limitation of one or more functions of the eye and the visual system. There are many ways to support the needs of someone with this impairment to live as independently as possible and get the most out of life.

Whether mild, moderate, severe or profound, hearing loss or impairment can have a severe impact on an individual’s ability to communicate with others. However, there are different ways to provide support through community participation and sensory engagement. 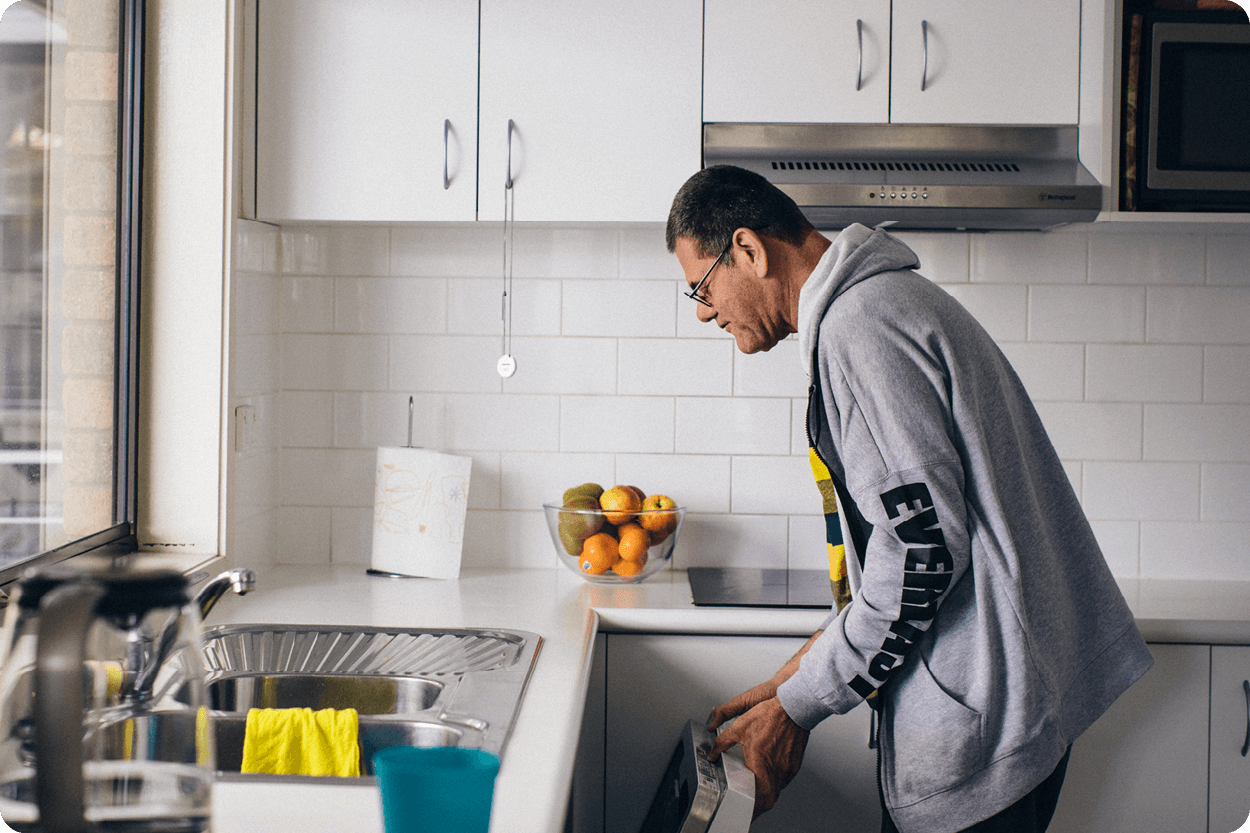 While 1 in 70 Australians will be diagnosed with an Autism Spectrum Disorder (ASD), there is no single set of experiences or challenges that people on the spectrum share. 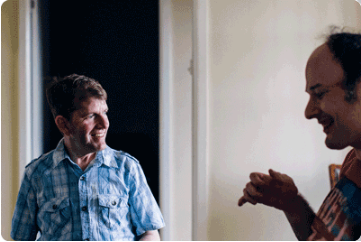 Multiple sclerosis (MS) is a condition of the central nervous system. It means that the brain cannot talk to other parts of the body, resulting in a range of symptoms that can include a loss of motor functions. 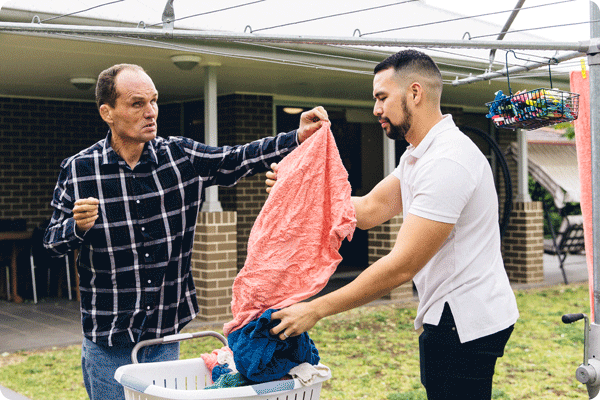 Careful management means many people with Cerebral Palsy (CP) can and do live independent lives, participating in meaningful studies, hobbies and employment. 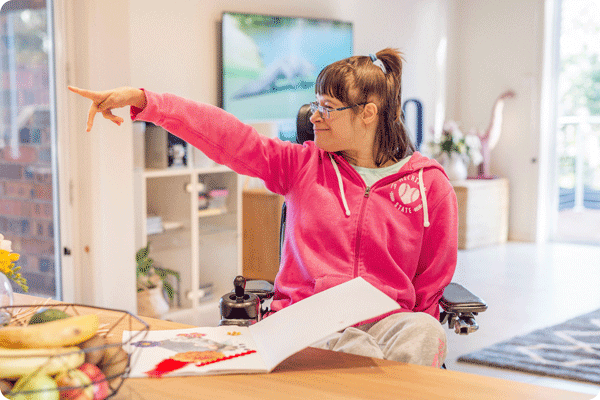 Make an Enquiry Request a Call Back